The Ameraucana is a breed of hen developed in the United States in the decade of 1970, from the Chilean chicken Arauca, so its name is a combination of “America” and “Araucan”. It’S One of the few types of chicken that lays blue eggs.

The main similarity between the Ameraucanas and Araucan hens is that they both lay eggs with blue shells, but they are completely different races.

The Ameraucanas are medium sized, approximately 6 to 7 pounds, and are bred mainly for laying eggs. Its Egg-laying ability is considered fair, with 3 blue eggs per week. However, they are not particularly melancholic.

The Ameraucanas are resistant to cold due to their crest and small or absent barbels. The lobes of the ears are small and round. Unlike their ancestors, they lack a combination of lethal genes. Because of their reddened eyes, they may seem a little fierce, but they are quite tame birds, don’t be fooled by their gaze.

The Ameraucana Breeders Club was established to provide members or breeders with information about this breeds. Since 1984 Eight varieties of colors of the Ameraucana breed have been officially recognized by the American Poultry Association and the American Bantam Association. These Eight color patterns are black, blue, wheat blue, brown, silver, white and wheat, and these colors are applicable to both hens and roosters.

Ameraucanas hens lay about 250 eggs a year. They Are light blue and occasionally green, the incubation process begins at 5 or 6 months of age.

The Ameraucana has no significant health problem unlike his father, the Araucan. They will live about 7-8 years on average.

The Myth of the blue eggs

For Many decades, some commercial hatcheries promoted the benefits of Araucan “chicken eggs” as the lowest in cholesterol and claimed that their nutritional value was higher than that of other hens. Even though those claims were proven false more than 27 years ago, many people still believe they are true. Remember that the term Araucan, in the past was used to name any hen with the blue gene in the egg. Hell, those same commercial hatcheries even claimed that “Araucan” meat had a similar flavor to quail. Imagine the contradiction at that time, a hen that doesn’t taste like chicken.

Temperament of the Ameraucana

The owners describe their Ameraucanas as sweet, docile, good-natured chickens, indicative of their name and international pedigree.  The word “Ameraucana” from the combination of “American” and “Araucan” beautifully captures the history and temperament of the Chilean hen Arauca mixed with an American pedigree to properly commemorate the title of hen Ameraucana.

Arrival in the United States

To summarize briefly, the Araucan arrived in the United States from the country of Chile around the year 1930.

In their native land, local Indians kept them close to the production of eggs and meat. These original Araucanas were rumpless (they had no tail), they had tufts in their ears and they put eggs of blue color. However, some of these early populations also produced offspring with beards and tails.

Since before the decade of 1960, breeders regularly produced both variants of the Araucan. This Division of the race caused a lot of tension and disagreement among the breeders of the Araucan populations. Despite this variety of stocks, the Araucan breeders in the UNITED STATES. UU decided to propose to the APA a standard description and organize a classification meeting. However, this first attempt failed because of the poor uniformity between the race. The APA then decided to set its own standard for the breed. Finally, after much tension, the Araucan race was accepted in 1976, which required that all were tufted and disheveled.

Almost immediately, the breeders of the Araucan race with beard and tail formed their own association called Ameraucana, which gained acceptance in the APA as a legitimate breed in 1980.

Although legitimate Araucanas are rather rare due to difficulties in raising them, the Ameraucanas are more abundant, especially in the United States. However, some bad-reputation breeders pass on some chickens like Ameraucanas when they are actually hybrids that may possess the blue egg gene.

The Blue egg shell trait is dominant and when crossing hens with other races leads to a variety of colors of shells, including shades of green, pink and blue. The pure specimens of any race have the specific traits named in the characteristics; Other chickens that put colored eggs without those specific traits are crosses known as Easter Eggers.

The Ameraucanas are still relatively rare birds, so if you pay between 5 and 10 dollars per bird, it is very likely that it is not purebred. It Is true that the pure Ameraucanas are sold around $20.00 per hen and $18.00 per rooster.

There Are Photos and much more information about the Ameraucana chickens on the American website Ameraucana Alliance whose mission is to promote the upbringing of the standard Ameraucana and to support those people interested in maintaining the race. The website includes Frequently asked Questions (FAQs), History of the breed and a directory of Breed Breeders. 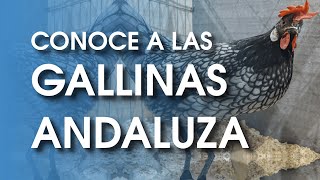 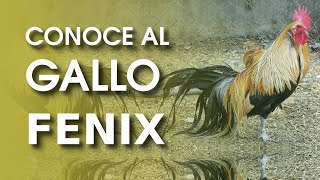 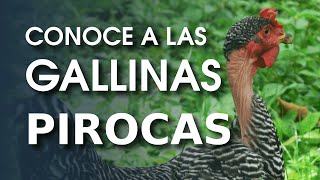 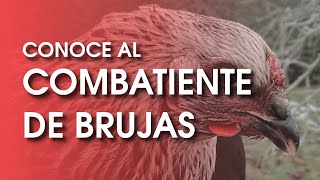 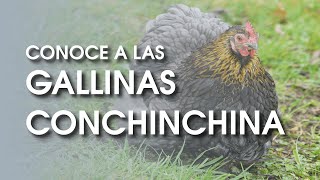